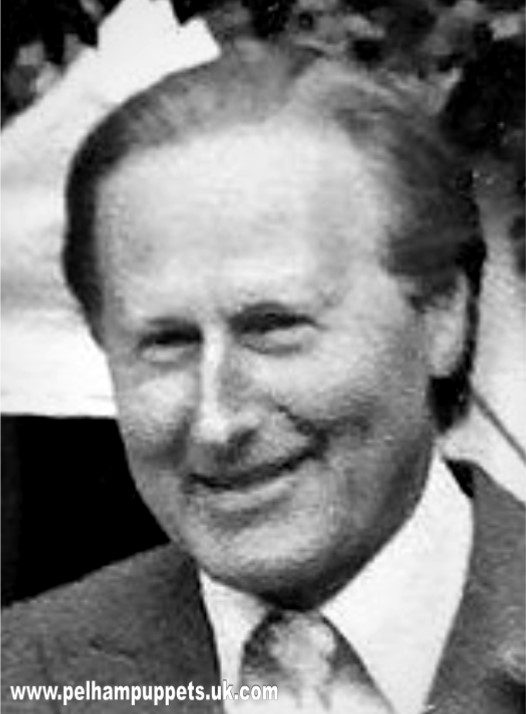 Marlborough Puppetry Festival marked the 70th Anniversary of Pelham Puppets and celebrated the life, work and legacy of Bob Pelham (1919-1980) who established his world-famous toy manufacturing business in Marlborough Wiltshire. The weekend programme of shows and exhibitions was organised by David Leech in partnership with the British Puppet & Model Theatre Guild and with the full support of Marlborough Town Council. All the shows were presented by members of the British Puppet & Model Theatre Guild and many of them acknowledged that without the encouragement Bob Pelham gave them when they were young, they probably would not have pursued their chosen work and careers. So what better way could Bob Pelham’s life and work be celebrated that to have these puppeteers share their talents and skills for the whole community to enjoy and engage in! 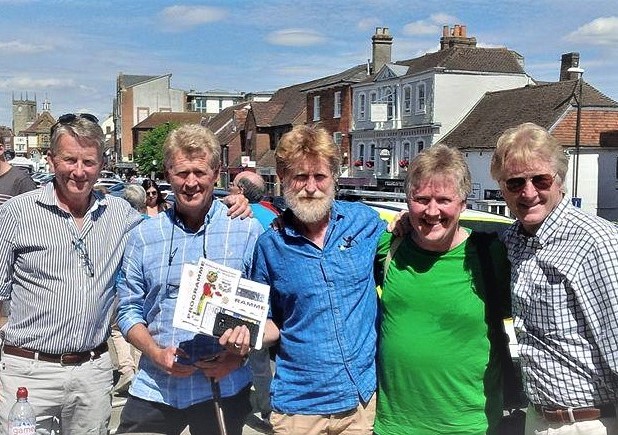 One thing is certain, the festival succeeded in celebrating Pelham Puppets and Bob Pelham’s legacy. All of Bob’s nephews attended, the festival was featured on TV and radio before, during and after the festival weekend  too. As David Pelham said, “I recall the vision that Uncle Bob had, in creating Pelham puppets in 1947, was not just to establish a successful business, but above all to make beautiful puppets and marionettes to enrich the lives of children…… he was very successful in this and won export awards and became one of the largest employers in the town of Marlborough. I’m sure he would have been very happy if he knew, that not only is Pelham Puppets being kept alive today but is managed by David Leech, one of his employees and proteges and more importantly, one who shares his vision for the company. The festival was a very fitting tribute to a very special person.”

Bob Pelham’s legacy is about all those young people he encouraged and inspired and who became the puppeteers, actors, TV and film producers of today. In turn, they are passing on their skills and the encouragement they received, from the man who his niece, Susan, later described as a “great man in humble clothes” 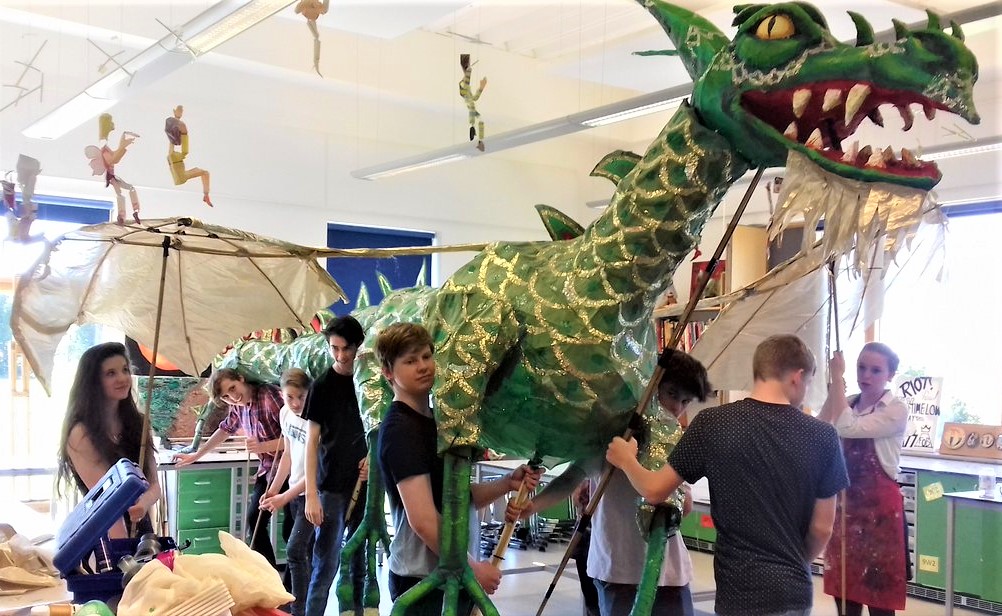 The festival opened with a parade led by the Marlborough Phoenix Brass Band and led visitors to the main venues the Town Hall and the Priory Gardens right in the heart of Town. The parade also featured giant figures of Mr Punch & Judy and Baby, by Clive Chandler and a magnificent dragon made by students from St John’s School, Marlborough,  in only three days, under the guidance and direction of Andrew Purvin of the Fetch Theatre Company. 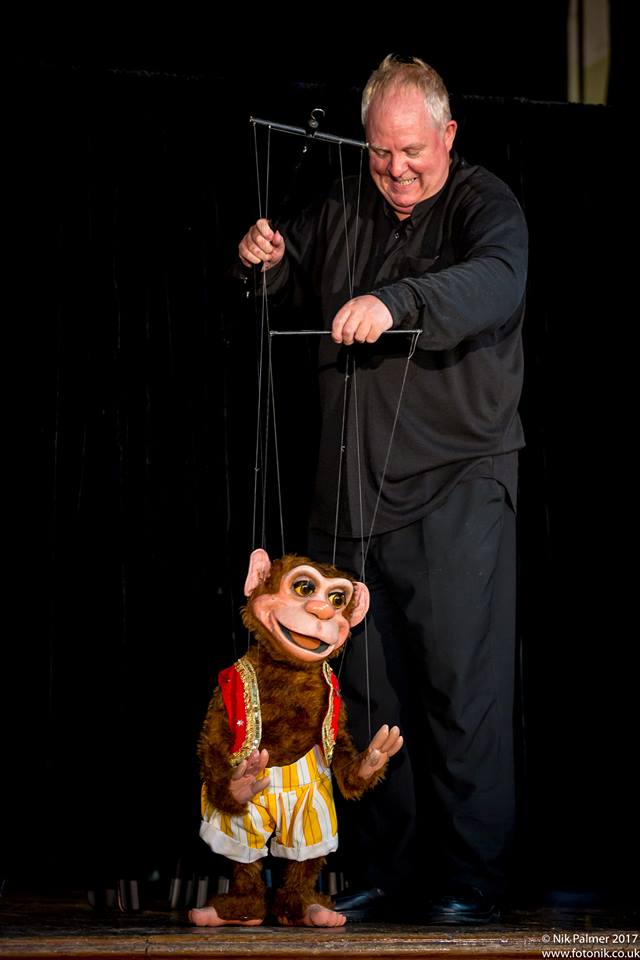 Ian Thom. Ian has been a professional puppeteer for over 40 years. During that time he has been doing shows in theatres, on films and television, including Labyrinth  and several of the Muppet Movies. Ian’s career with puppets began when he used Pelham Puppets as a child. He said, “ I have much to thank Bob Pelham for. His puppets provided the interest and impetus for me, as they have for countless others over the years, who might have not otherwise have gained an insight into the fascinating world of puppetry.” 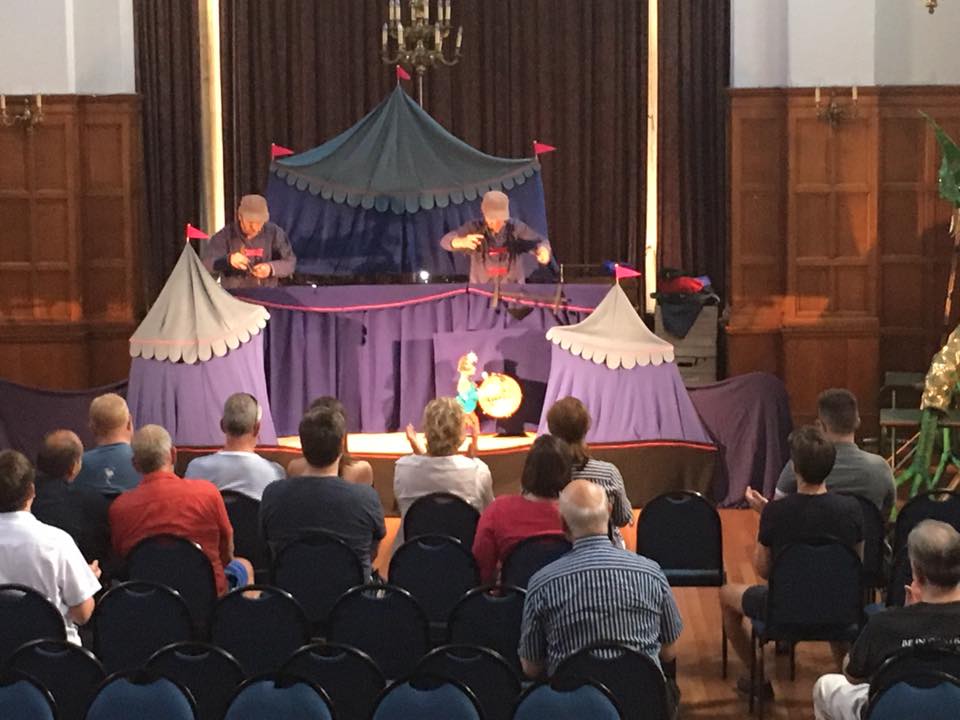 Noisy Oyster, aka Nik Palmer and Sarah Rowland-Barker presented the DaSilva Marionette Circus. Originally constructed by Ray and Joan DaSilva founders of Norwich Puppet Theatre and Nik’s parents, this show has been delighting audiences of all ages for almost half a century.  Since forming Noisy Oyster in 2006, Nik and Sarah have performed puppet productions in a variety of styles which they have toured extensively to theatres and festivals  around the world. In recent years the company have been gaining international acclaim with their performances and in Indonesia, they won Best Street Show at the World Puppet Carnival, and were nominated for the Best Children’s Show. 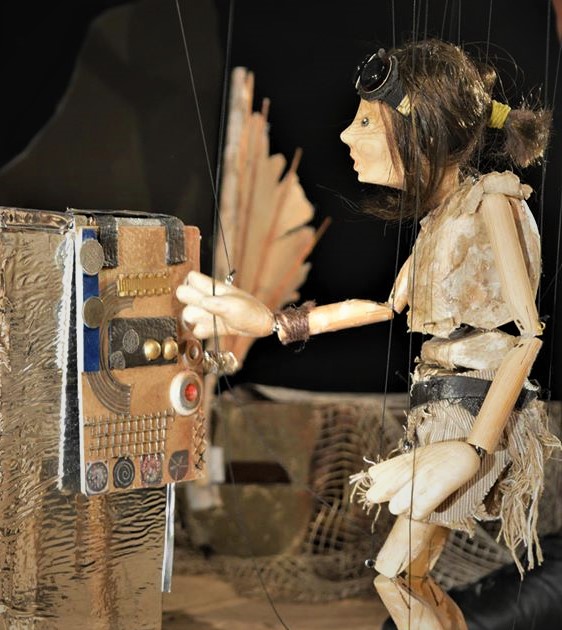 Lori Hopkins relatively new to the world of puppetry, presented her show, “the Explorer” which was the concluding performance of a nation-wide tour. Based in London, she performs with all types of puppets, specialising in theatre making for young audiences. Previous employers include Little Angel Theatre, Polka Theatre, Royal & Derngate and Bamboozle Theatre. When not performing Lori works regularly for Shakespeare’s Globe Education as a Practitioner and Puppetry Consultant. 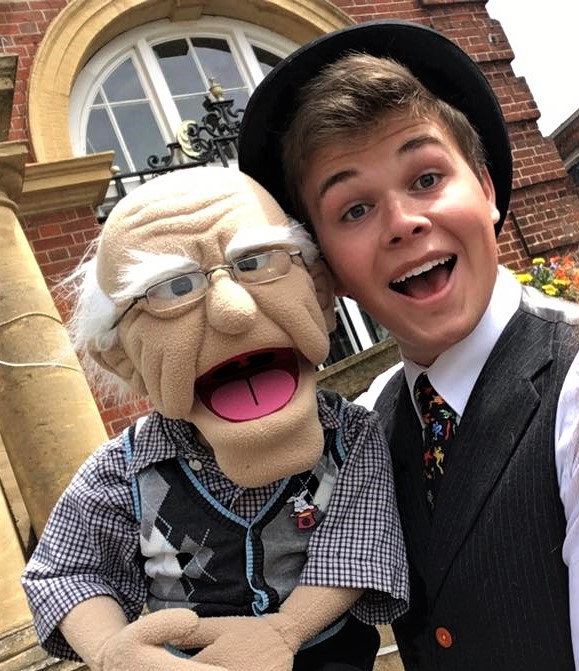 Ventriloquist Max Fulham presented several performances over the weekend. Max’s love of entertaining was sparked performing made up shows to anyone who would stand still for long enough – family, friends and even neighbours! Since then he has been hooked on all things Comedy & Ventriloquism! Since 2017 Mas has entertained many Pantomime audiences including the prestigious Churchill Theatre Bromley in Aladdin for QDOS, one of the Festival’s Sponsors and the largest Pantomime company in the world. ​He has also had a hugely successful run of Headline Cabaret shows for Butlins holiday resorts throughout 2019 plus a special guest performance at The Vent Haven Ventriloquist Convention in Cincinatti USA, ​Max has also appeared for 2 consecutive Summers in ‘Live at the Regis’ in Bognor Regis the first being with Joe Pasquale and this year with Bobby Davro. ​He also performed in ‘Music Hall’ shows at the iconic City Varieties, Leeds in ‘The Good Old Days’  “Max Fulham is the new voice of ventriloquism for the 21st century.” Joe Pasquale. “Annoyingly good! Great to see that the future of ventriloquism is in safe hands”  – Paul Zerdin. 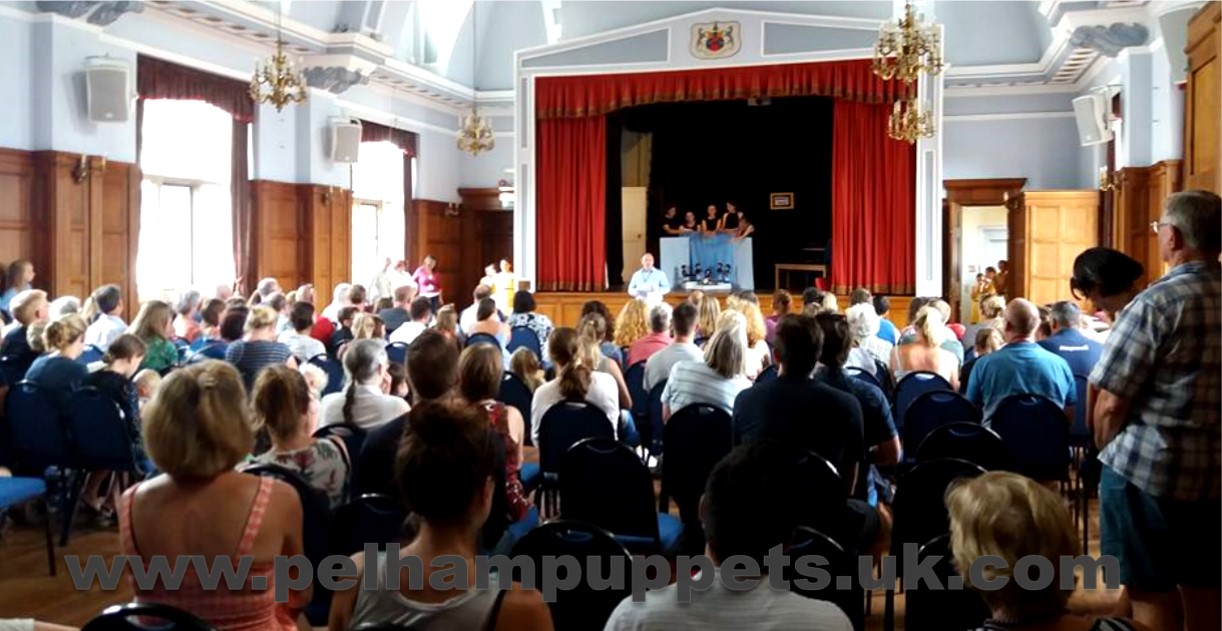 The Finale for the weekend festival, was “Pelham Puppets” – The Musical, depicting the story of Pelham Puppets and told through song, dance, puppetry and drama. Written by Festival Director, David Leech and produced by Cheryl Houston, Director of the Marlborough Academy of Dance & Drama.  Eighty of her students presented a wonderful performance to a full house in the Town Hall theatre, providing a very memorable conclusion to a very successful weekend.

The Performances – The Priory Gardens

Bob Pelham encouraged young people to engage in the wonderful world of puppetry. One of the aims of the festival was to do the same by inviting young, emerging artists to benefit from working alongside professional puppeteers in developing their artistic practice and performing skills. 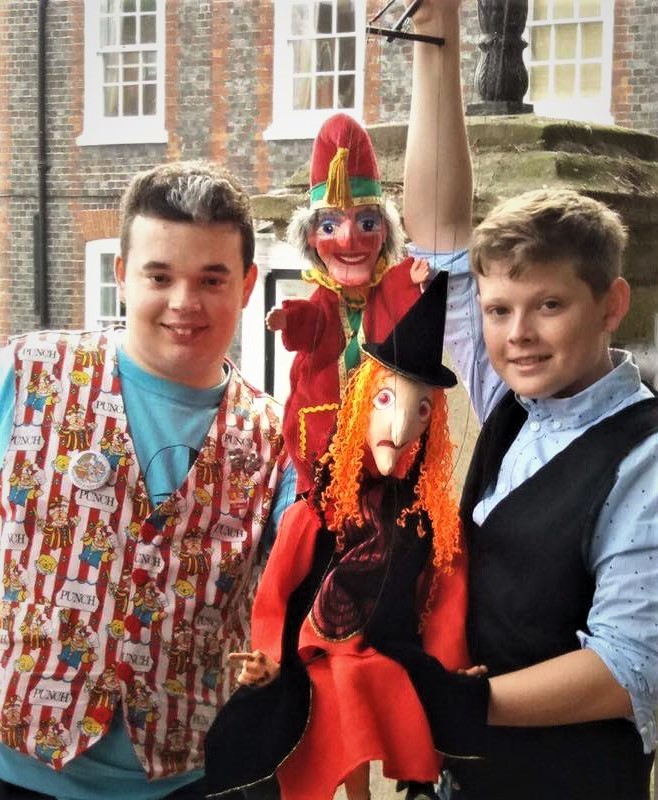 Following the Parade and the Opening by the Mayor, 14 year-old Joe Peek (right on photo) kicked things off with his Punch & Judy show and cabaret Marionettes. Joe has been getting rave reviews for his shows since he was just six years old. He became hooked on puppetry when he was just three as a Punch and Judy performer. In recent years Joseph has performed at festivals and shows including Glastonbury’s Kidzfield  as well as Stone Puppet Festival in 2015. 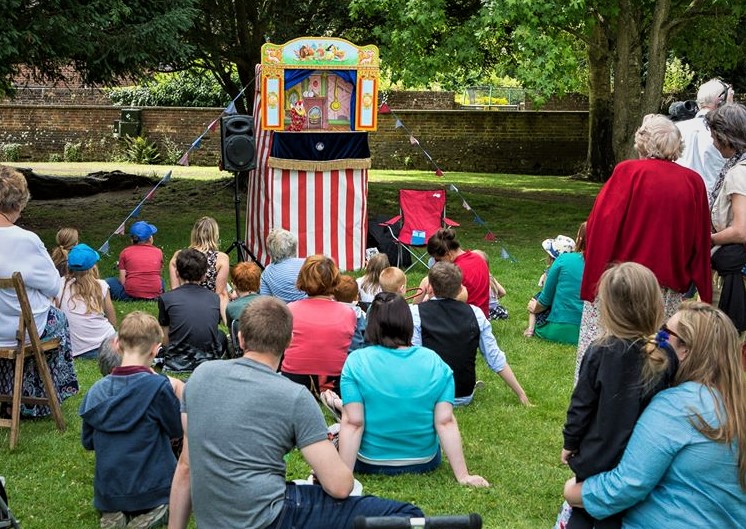 Jamie Riding, another emerging performer, presented his Punch & Judy Shows on the Saturday. Jamie  continues to entertain audiences at family events and puppet festivals. He also performs as a panto dame for Anton Benson Productions, a theatrical production company specialising in family entertainment in the Bournemouth and South Dorset areas. 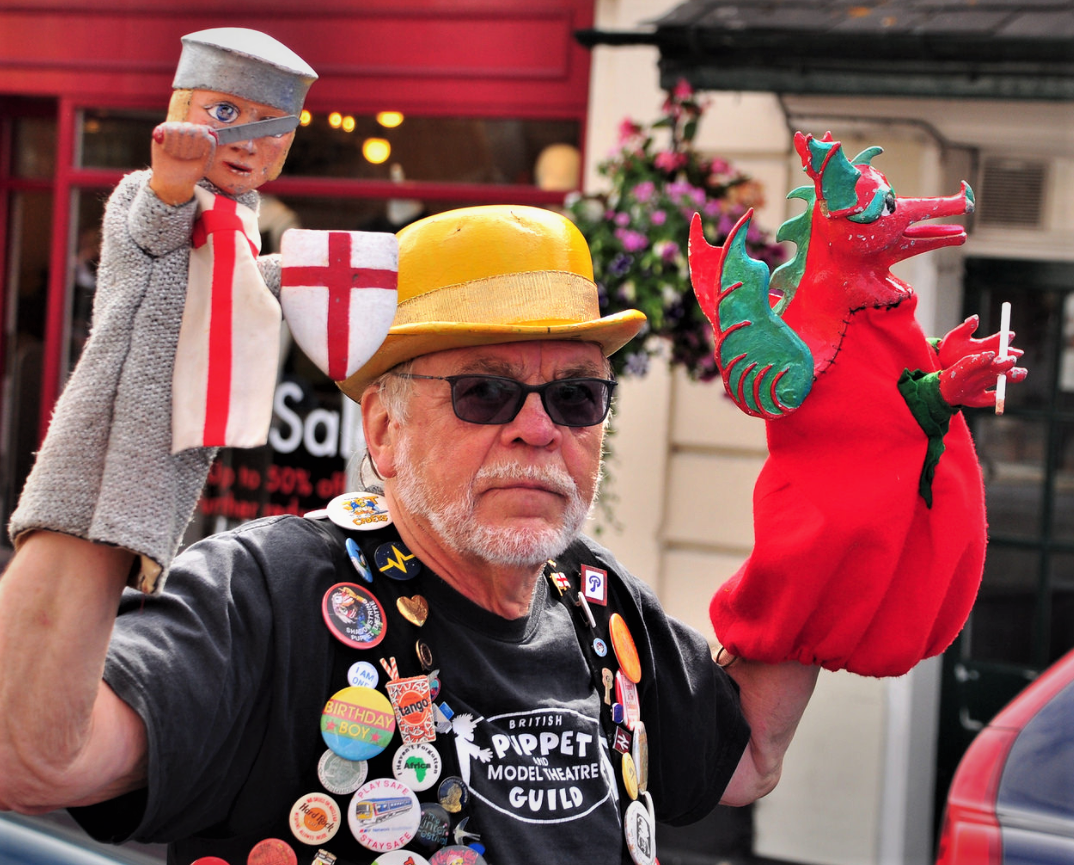 Mister Peter’s Puppets (aka Peter Charlton,) presented the show “St George and the Dragon.” Peter’s career as an actor, producer and director spans over 50 years, mainly working for the BBC as a writer and director of the children’s TV series, Play School and Play Away. It was during his time with Play School in the early 1970’s that his interest in puppetry was revived and he set up his own Puppet Company and even managed, as he said, “To combine two favourite art forms of mine, old time music hall and puppetry.”

Natasha Dennis (Little Creative Days) from Hungerford, held puppet making workshops throughout the day. Natasha workshops offered children (and parents,) the chance to make puppets and inspire them to tell and write their own stories. 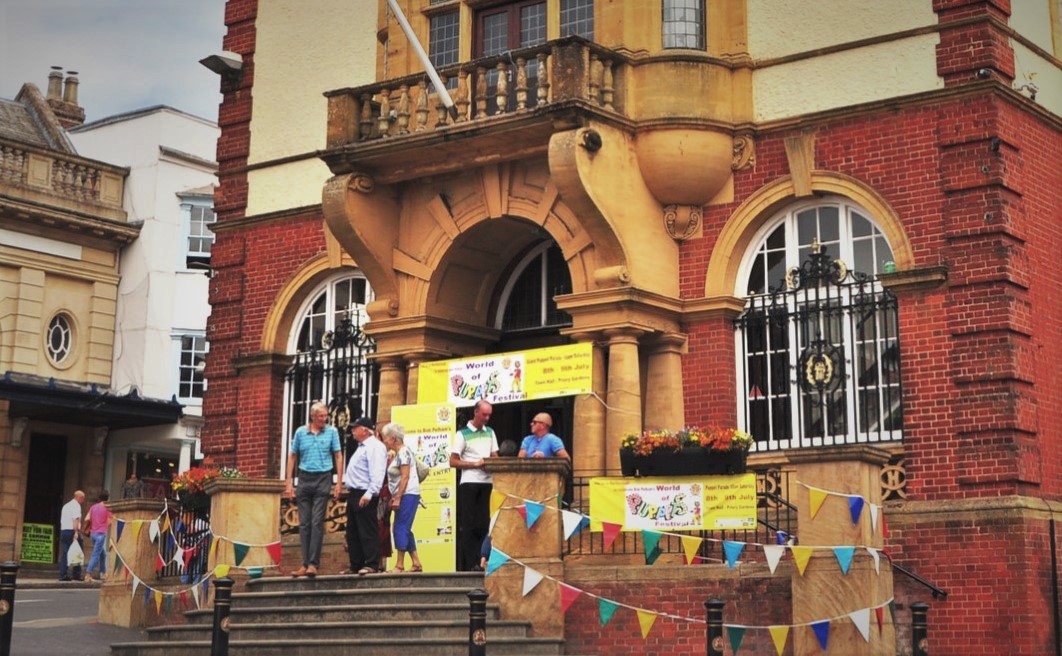 As you entered the Town Hall the “Bob Pelham World of Puppets Exhibition” was put on by Richard Gaunt and Nick Carver, the majority of the puppets coming from Richard’s collection, featuring hundreds of Pelham Puppets beautifully set in scenes were on show and there were Pelham Puppet Shows and demonstrations and plenty of opportunities for audiences to try their hand and ‘have a go’ at being a puppeteer. 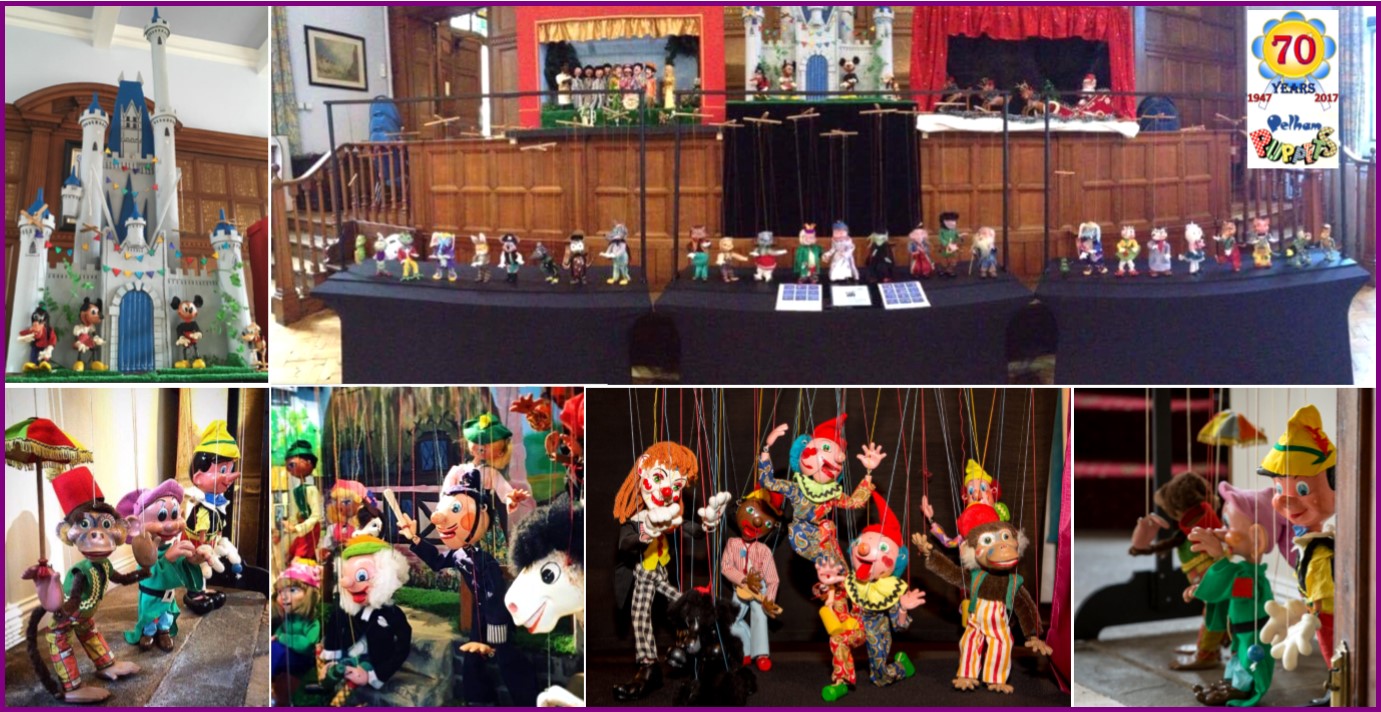 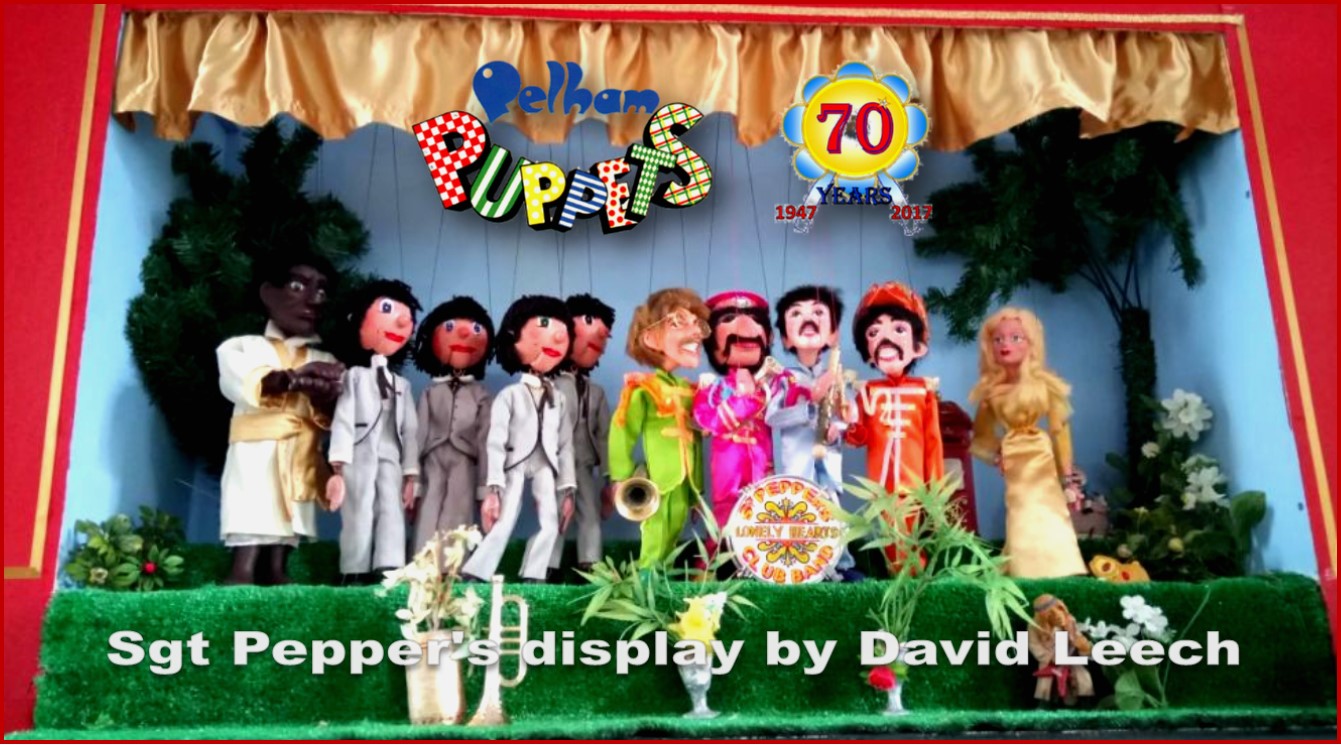 David Leech built a three scene centre piece display including a scene depicting the front line of the Beatle’s Sgt Pepper’s Album cover. The puppets were redressed and adapted from original Pelham Puppets from David’s own collection of puppets. 2017 marked 50 years since the album was released in 1967. 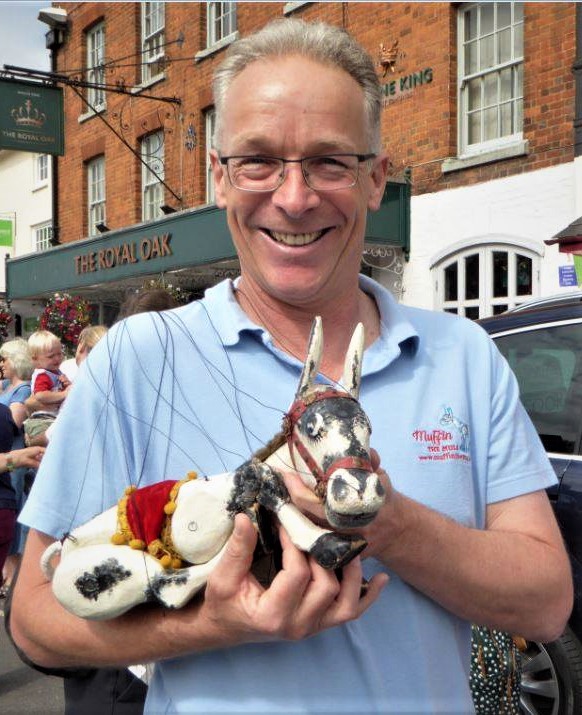 Will McNally brought the original, TV puppet from the 1950’s, Muffin the Mule and related Muffin’s history and his association with Pelham Puppets and  his puppet friends eagerly showed off his antics and meet & greet visitors. Muffin the Mule was operated by Will’s grandmother, Ann Hogarth in the 1950’s TV show and she, with her husband, Jan Bussell, were good friends of Bob Pelham and played an important part in the design and development of Pelham Puppets in the first few years of the Company.

In the week leading up to the festival weekend, The “Pelham Genesis Exhibition” featuring the Wonky Puppets made in 1947, could be seen in the Merchant’s House on Marlborough High Street.

This included the very first Sandy MacBoozle that Bob Pelham made on 22nd June 1947. It was the first time in over 35 years he had returned to his ‘home town’ and he was happy to join his Wonky Puppet friends were also made in the first year of production. 70 years later they are still delighting audiences and collectors alike.

The Wonky Puppets were loaned by Roger Stevenson, world renowned puppeteer and creator of Ken Dodd’s “Diddy Men,” and by Nick Thomas MBE, owner and Chairman of QDOS Entertainment and Huw Davies who also loaned his puppets for the “Blue Plaque day” in 2019.

Also on display from the National Puppetry Archive, (administered by Michael Dixon, current Chairman and Archivist of The British Puppet and Model Theatre Guild,) were the Bookworm Family from the Hogarth Collection and that featured in the original 1950s TV series alongside the Pelham versions produced in the early 1950s. 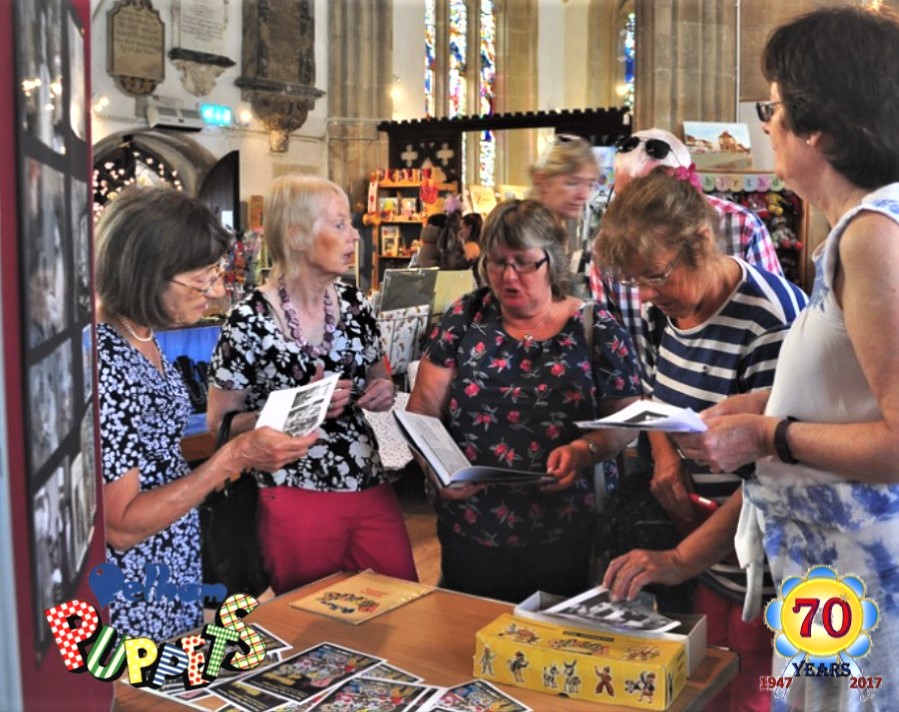 A Walk Down Memory Lane Exhibition

There was an Exhibition in St Peter’s Church: “A WALK DOWN MEMORY LANE” featuring photographs of the original factory by David Leech as well as photographs of the many of the people who worked there from the official Pelham Puppet archives.

Many visitors met and mingled with former employees who shared their personal memories about their time working at the factory and about the work they did. It presented a lovely opportunity to learn about Pelham Puppets first-hand from some of the people that made them. 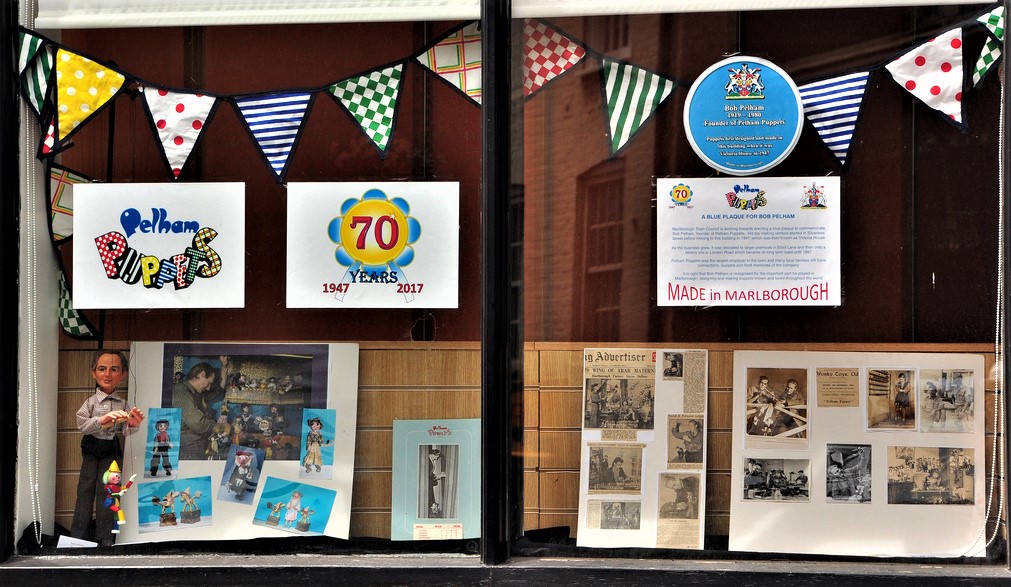 Campaign for the Blue Plaque. Requests had been made to the Town Council for almost 20 years to have a Blue Plaque placed on the building where Pelham Puppets began in 1947. Finally, as a result of the festival it was agreed that this should be arranged at a suitable time in future. Since the building is owned by the Town Council and, at the time of the festival, the ground floor was standing empty, a window display was created featuring a marionette of Bob Pelham by David Leech with photo boards with news-cuttings from 1947/48 as well several photographs of the puppets and puppet production that took place on the floors above and next door where he initially had a shop on the ground floor.

After about a year, arrangements began to be made for the Blue Plaque to be placed marking the location where Bob Pelham began making his puppets  and you can read about this and the back story on this website here.

The Festival would not have taken place without the generous support of the following sponsors and contributors: Marlborough Town Council, Wiltshire County Council, QDOS Entertainment, Marlborough History Society and the British Puppet & Model Theatre Guild.

Thanks to:  Roger Stevenson, Huw Davies and Nick Thomas MBE for the loan of their puppets and Michael Dixon for the puppets from the National Puppetry Archive for the Merchant’s House exhibition.